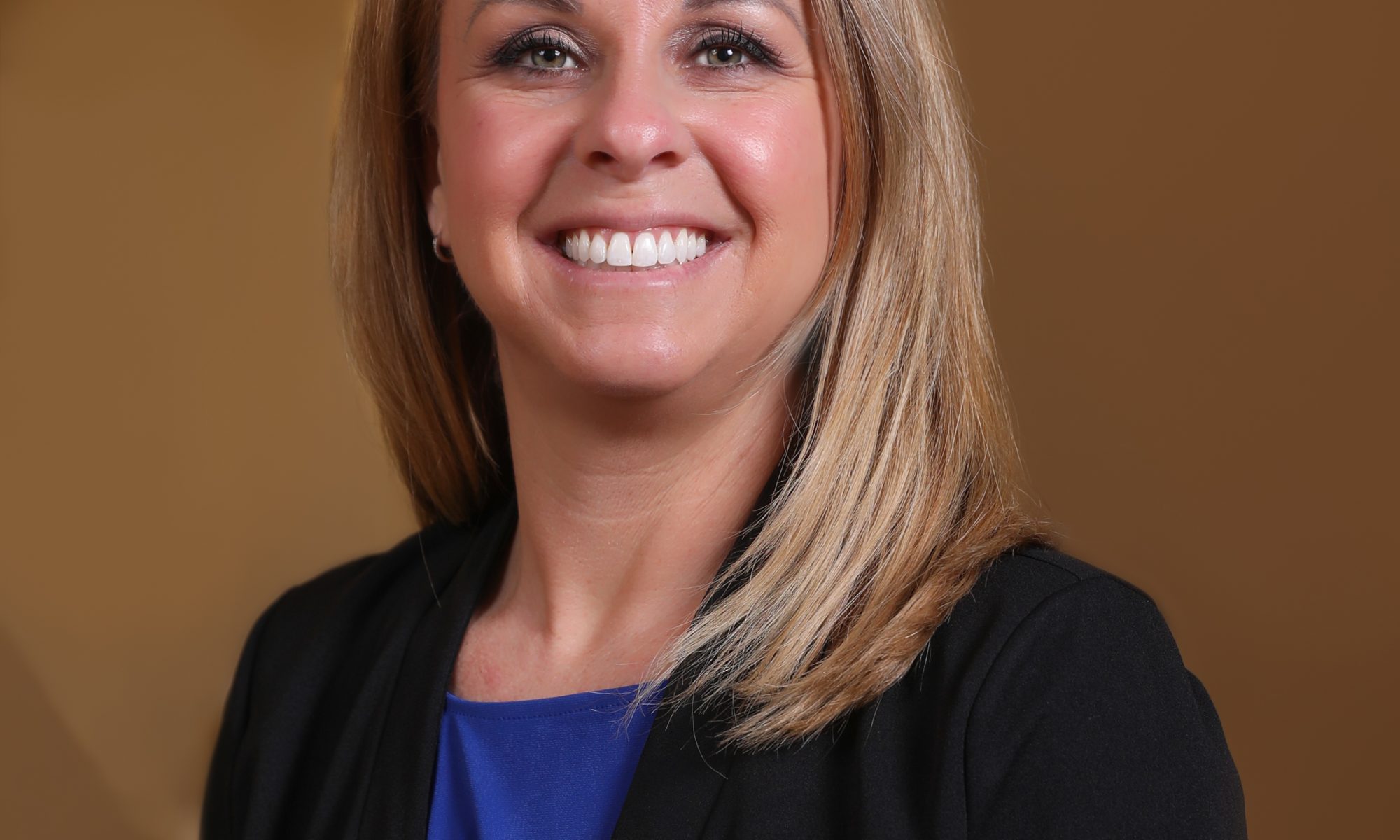 Jennifer Shumate along with her husband, three daughters, and three dogs moved to Cooke County in the Spring of 2019 and instantly fell in love with Gainesville and the entire community.  Since her arrival in the area she has been looking for her opportunity to serve and promote the community.  Jennifer has an associates degree from North Central Texas College and is continuing her education perusing a bachelors with a major in public administration and a minor in marketing from Stephen F. Austin University.  She has a strong back ground in municipal civic engagement and planning community events. 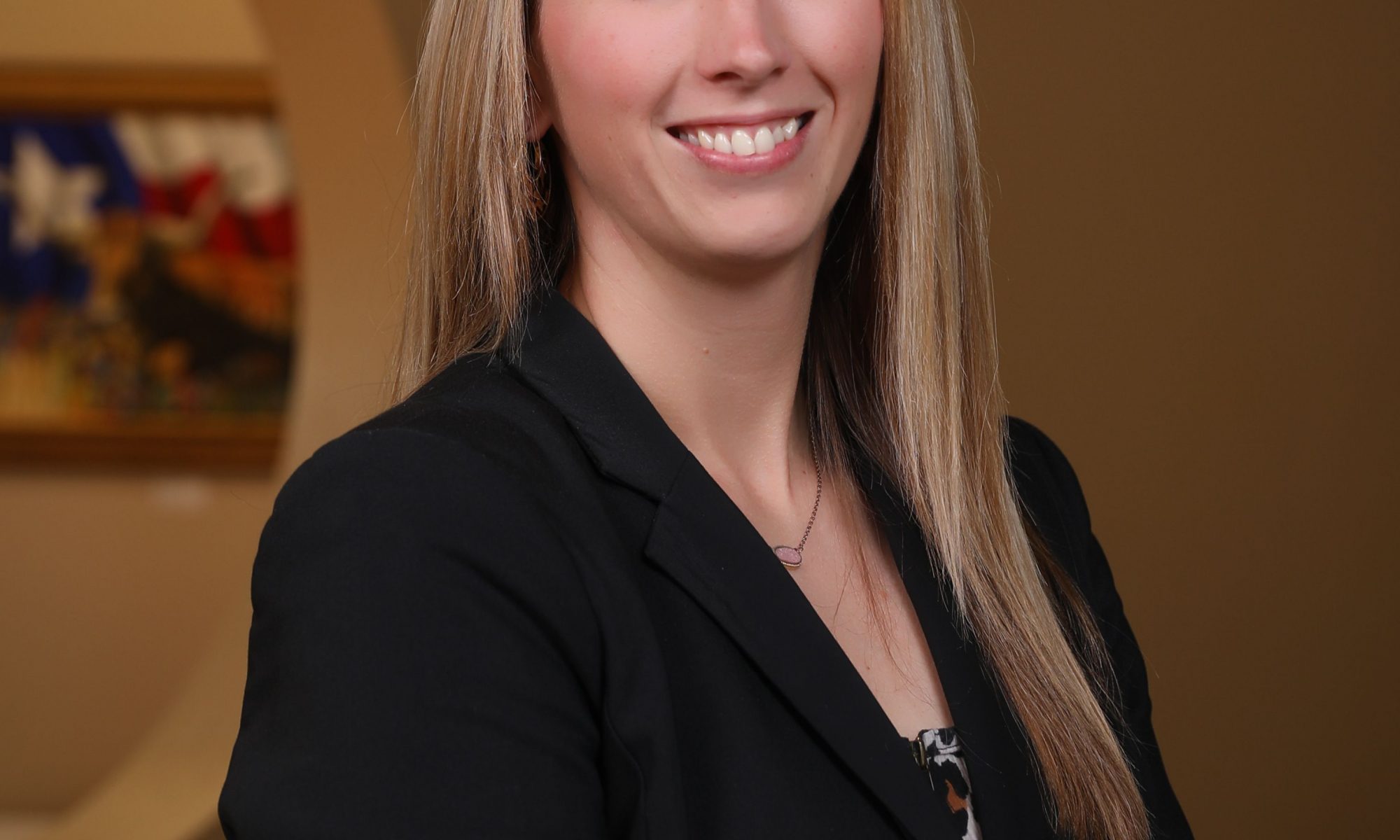 Ashley was raised in Paris, TX and graduated from Paris Junior College with an Associate of Applied Science Degree. She moved to Denton to further her education at the University of North Texas, and graduated with a Bachelor of Arts Degree with a major in Advertising. During that time, she met her husband, Matt Collett, and married into the wonderful community of Valley View, which is where they currently reside and raise their three children, Aubrey, Allie, and Kobe. She loves to spend her time in the community volunteering and working on committees for event planning. She continues to actively work in volunteer roles within the Valley View Chamber of Commerce, Valley View PTO, Cooke County United Way, and various other organizations. Her time as a Gainesville Chamber Ambassador only strengthened her love of this community through the various opportunities the role presented. She is overjoyed for the opportunity to continue to support this community through her position. 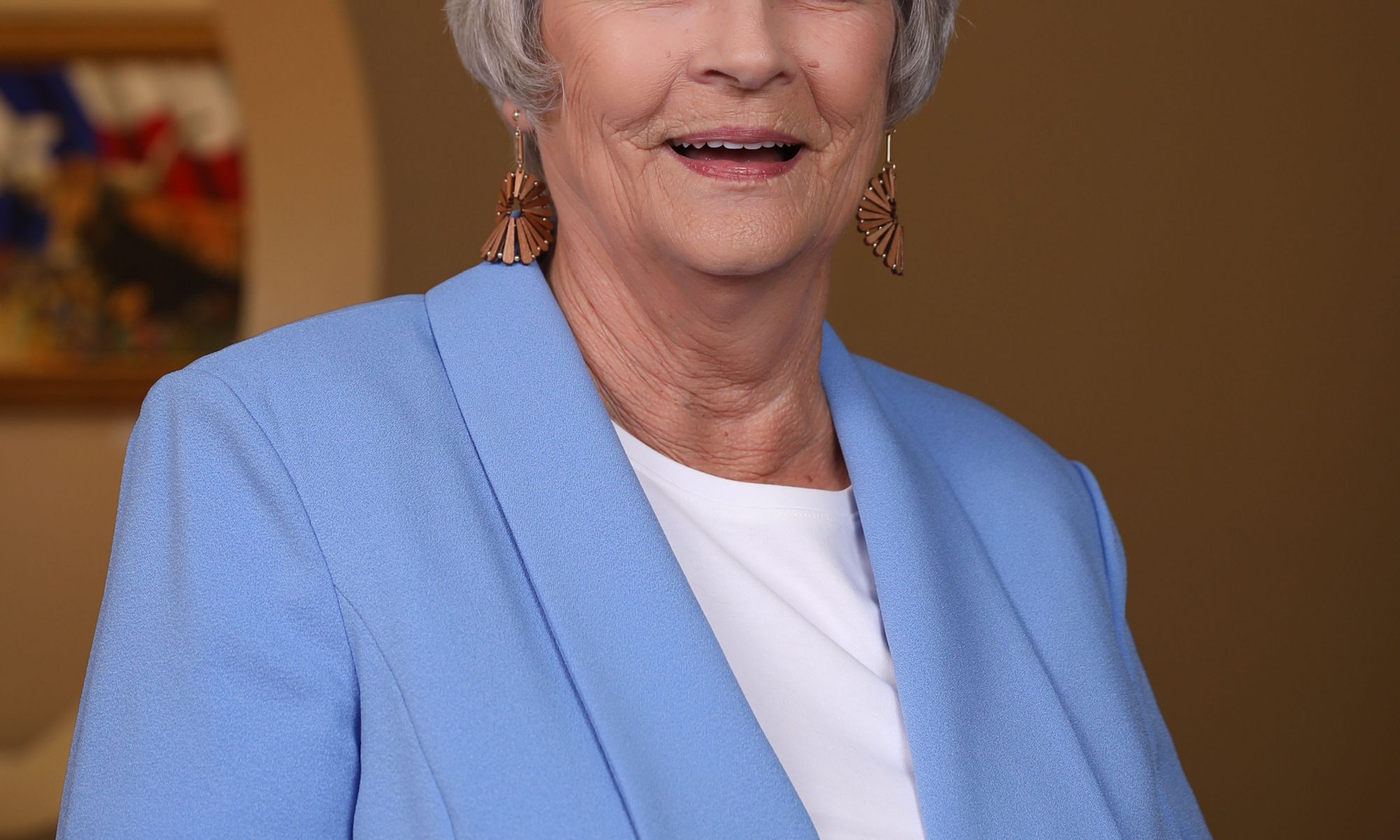 Jennifer has lived in Gainesville for the majority of her life and is a member of Saint Mary’s Catholic Church. Jennifer is the proud mother to four daughters, one son, eight grandchildren and soon (2022) a great grandchild. Jennifer retired from banking to care for her elderly mother and in April of 2018 started her second career as the receptionist for the Gainesville Area Chamber of Commerce and the Gainesville EDC. 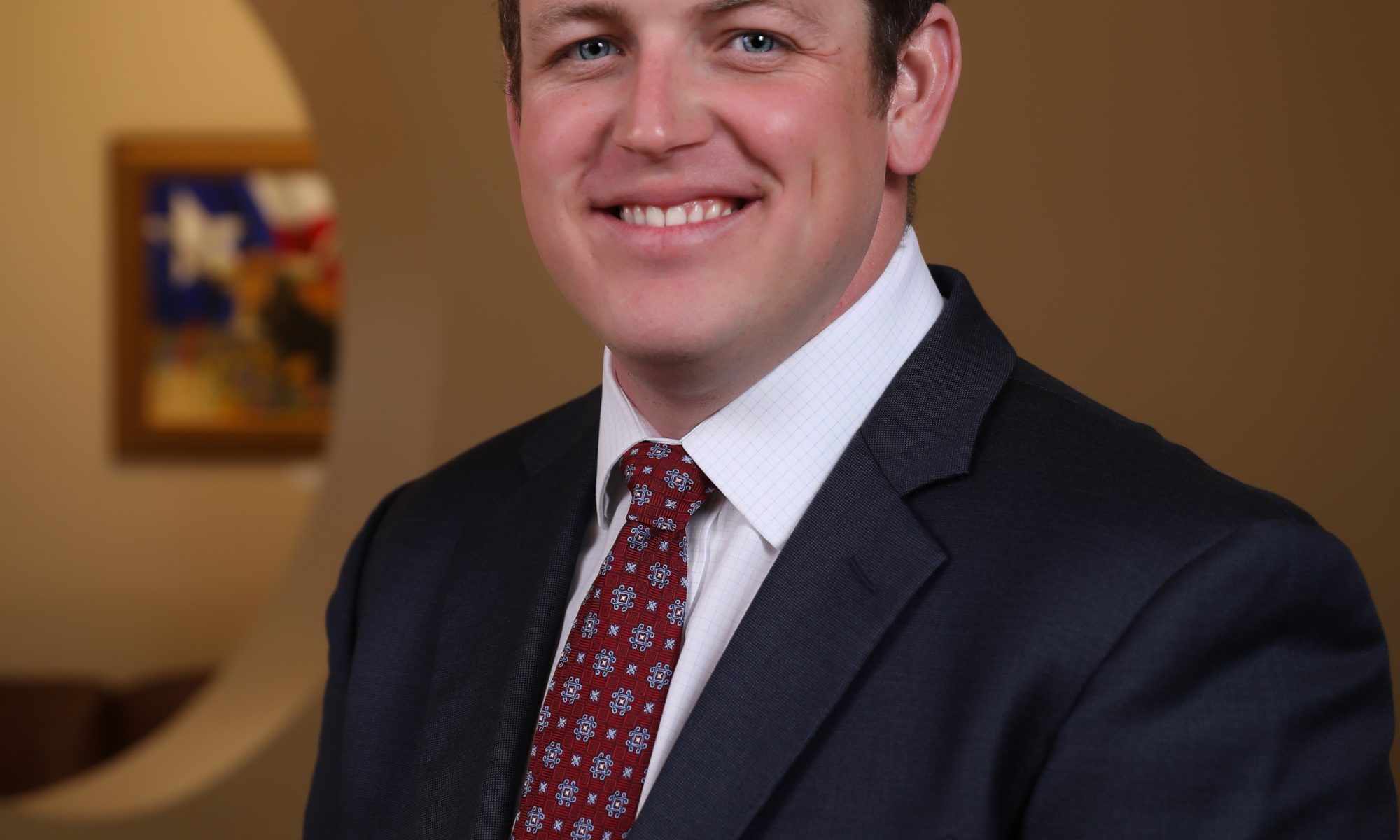 Dillon was born and raised in Cooke County and is a graduate of Lindsay ISD. He has also earned an Associate of Applied Science Degree from North Central Texas College in Gainesville. After NCTC, Dillon furthered his education at the University of North Texas in Denton where he earned a Bachelor’s of Business Administration Degree in Operations and Supply Chain Management. Upon completing his education, Dillon accepted a position at ORTEQ Energy Technologies where he progressed through various roles and into his current position as Vice President. Dillon is currently a member of the Lindsay Knights of Columbus, the Cooke County Manufacturing Consortium, and the NCTC Industrial Technology Department Advisory Board. 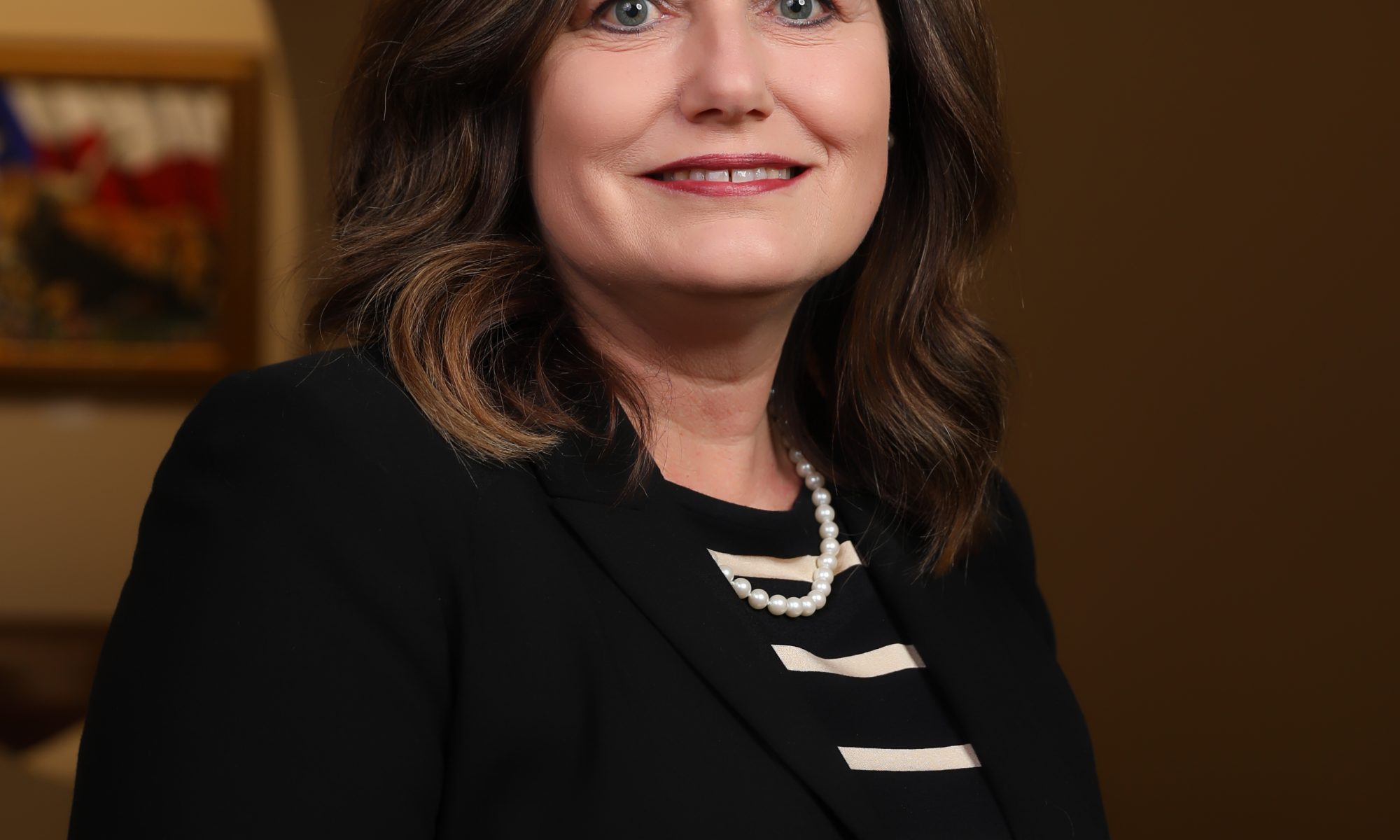 Brenda Starnes is the Vice President of Aftermarket at Safran Seats Services where she has been employed for over 30 years. She is a graduate of Pilot Point High School, attended North Central Texas College and holds a Master of Business Administration from Texas Woman’s University. Brenda has lived in Cooke County for more than 30 years and currently resides in Gainesville with her husband Steve where they are happy to call home. When not volunteering in the community, she enjoys spending time with her family or working on the ranch. 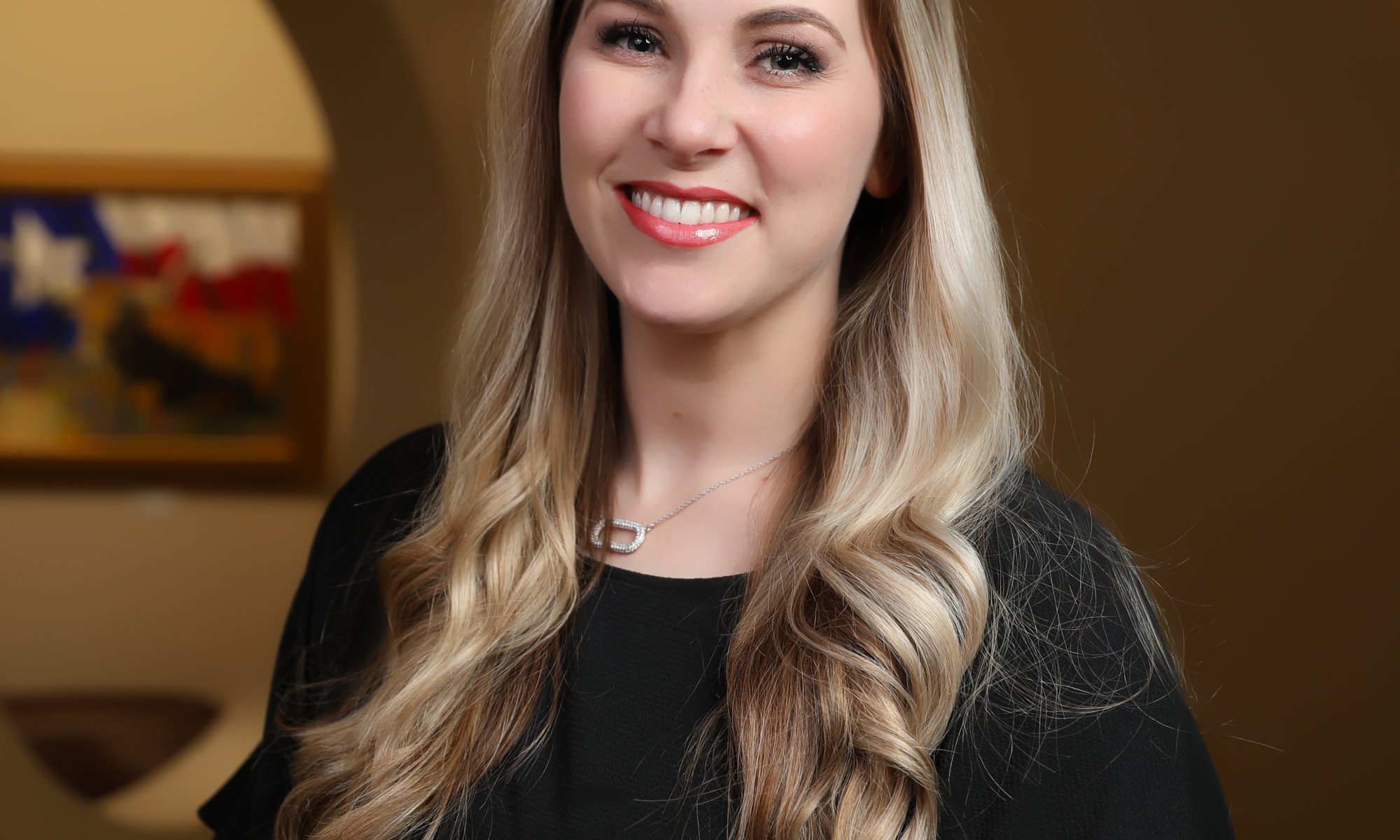 Mindy was raised in Ringling, OK and is a 2010 RHS Graduate. She received her Associate degree at NCTC and moved to Durant, OK to attend SOSU where she received a Bachelor of Business Administration Degree. Mindy is married to husband Nathan and they have three children. Mindy a Loan Officer at 4U Credit Union and Nathan is a firefighter for the City of Plano. She enjoys traveling with her family, volunteering in the community, and taking much needed girls trips with her friends from time to time. 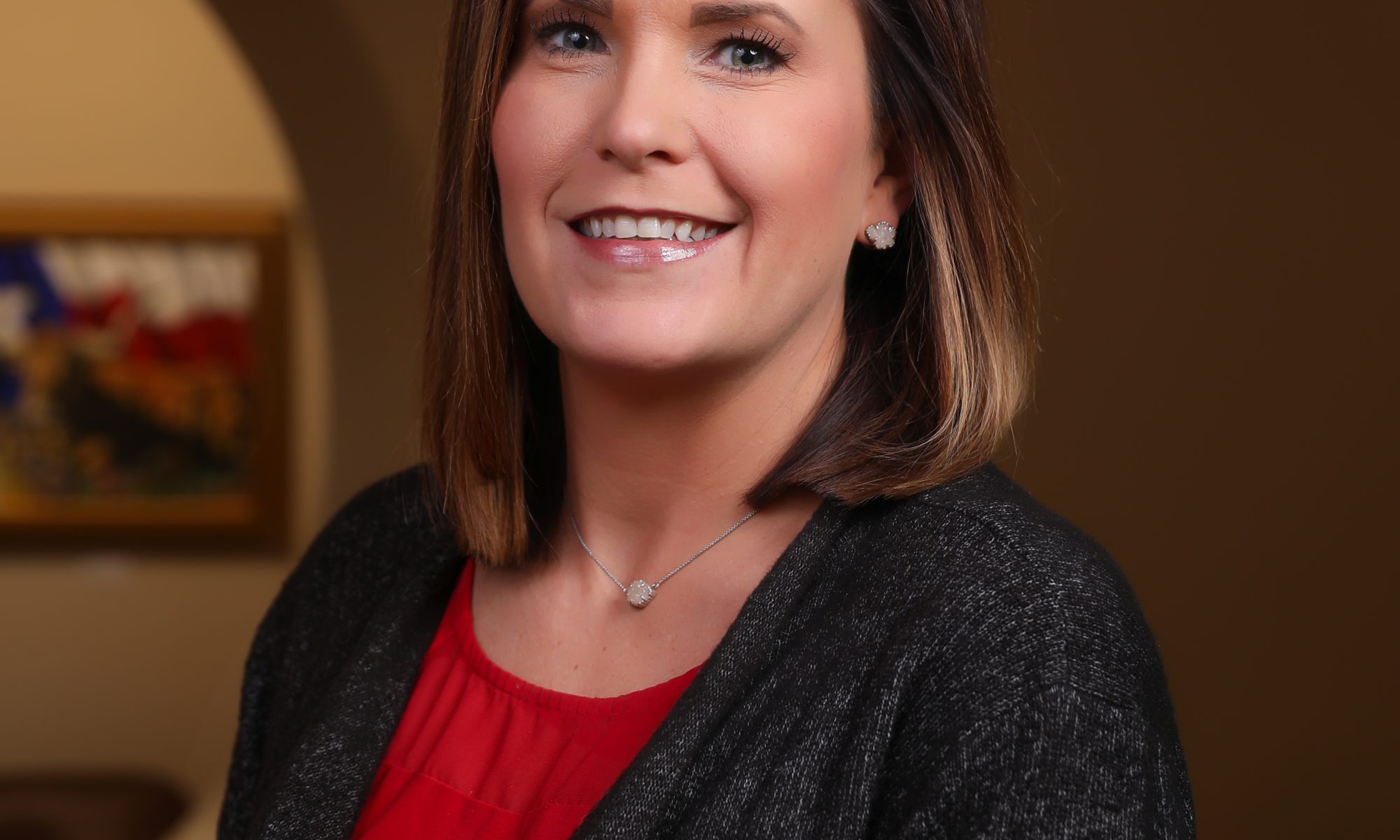 Leslie was born and raised in Cooke County and is a graduate of Lindsay High School. She attended Midwestern State University, graduating in 2004 with a Bachelor’s in Business Administration with a major in Marketing. In 2016, Leslie and her family returned to Cooke County and reside in Gainesville. Leslie is the Director of Communications for GISD and is involved in various community organizations.  She has been active in the Chamber since 2016, when she was appointed to the Chamber Board and participated in the Leadership Gainesville program. Leslie is also on the Board of the Boys and Girls Clubs of Cooke County, is a member of the Gainesville Kiwanis, and has served in various volunteer roles with the Cooke County United Way. Leslie and her husband Blake have two children, Avery and Keller, who both attend GISD. 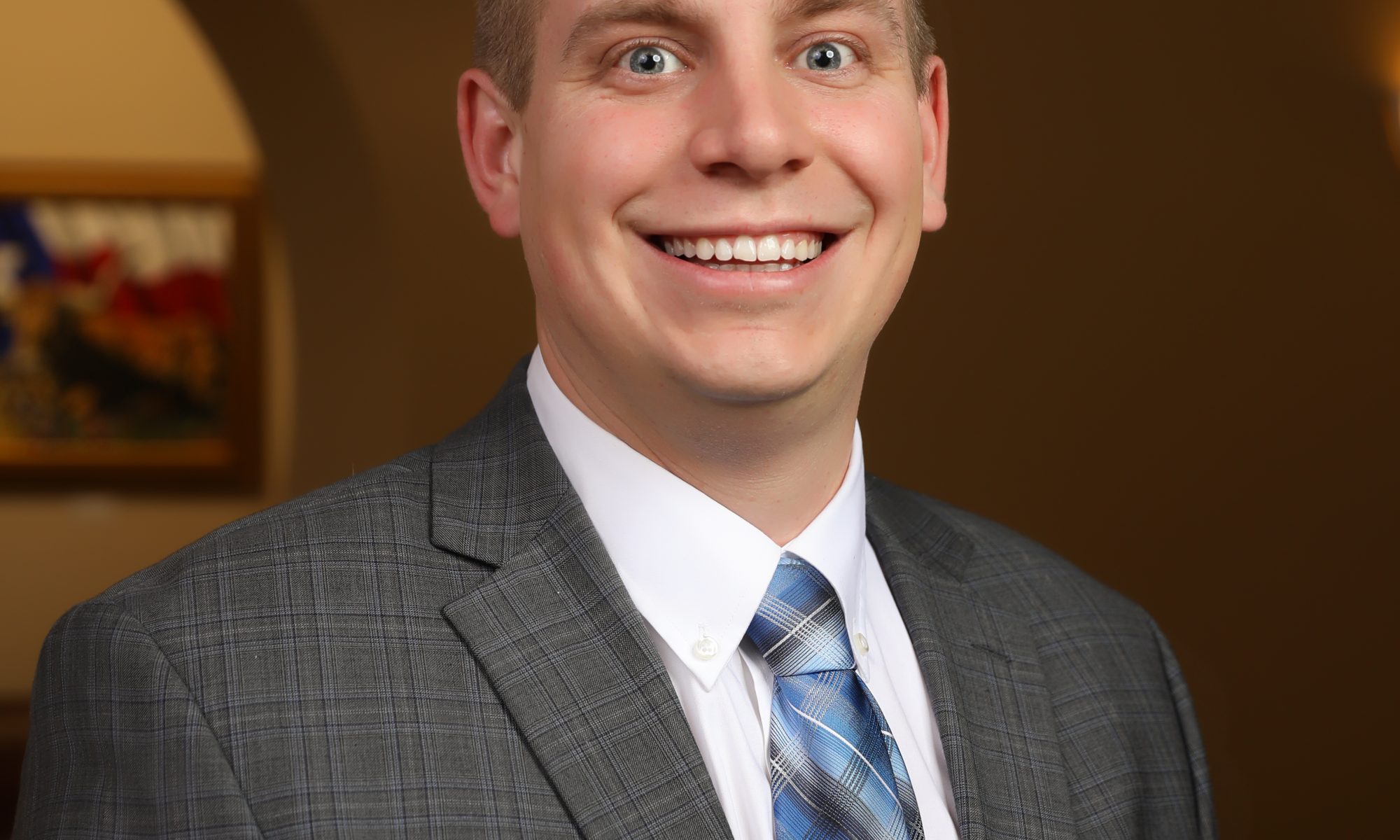 Austin was raised in Lindsay and is a 2010 LHS Graduate. He moved to Lubbock and received his Bachelor of Business Administration Degree in 2014. Austin is married to wife Mackenzie and they have two children. They both began working in Gainesville in 2018. Austin is an Assistant Vice President working as a Loan Officer for First State Bank and Mackenzie is an Academic Advisor for North Central Texas College. Austin enjoys football season, smoking Bar-B-Q, and spending time with family. 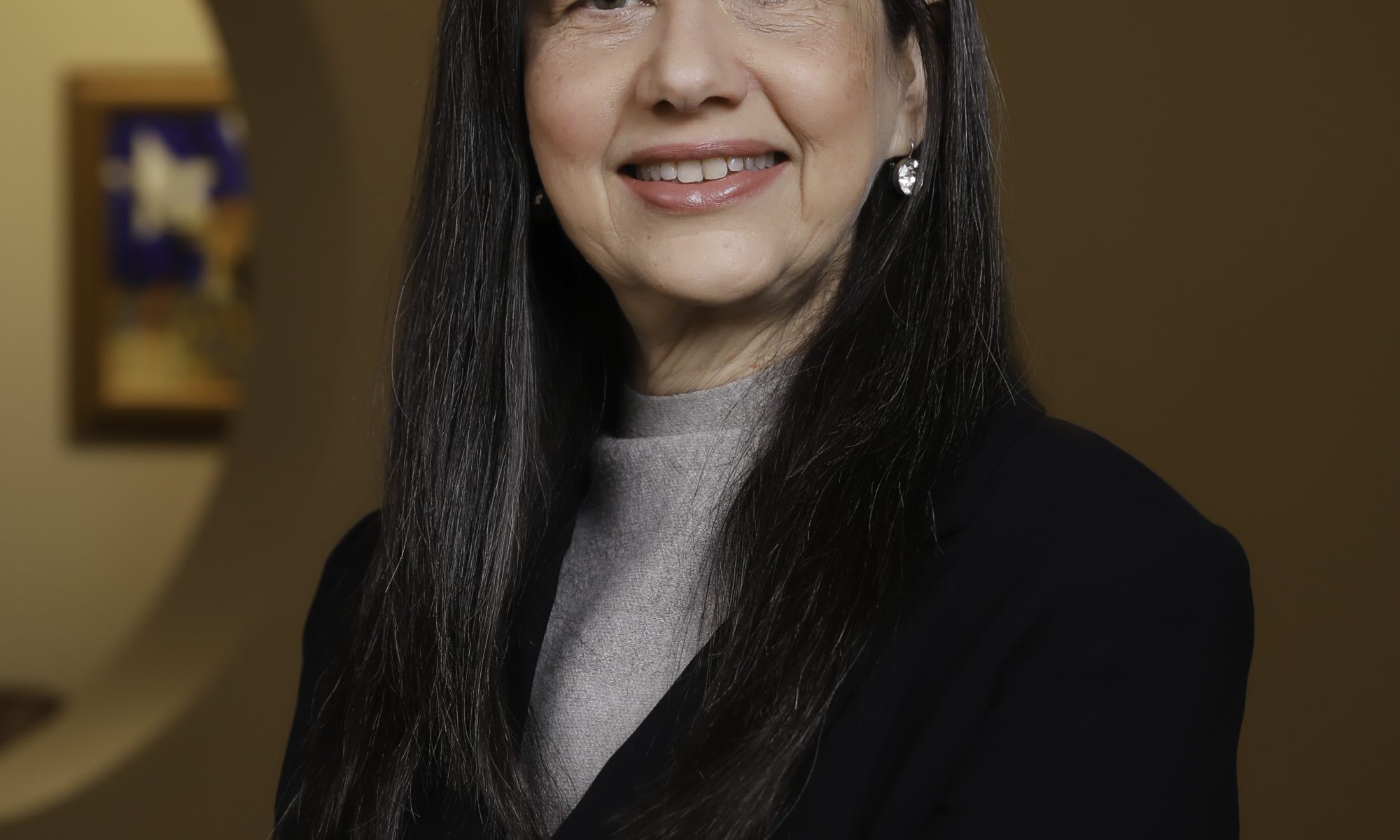 Claudia was born and raised in Sao Paulo, Brazil where she received her Associates Degree in Marketing and Advertisement. Claudia and her husband, Marcello, moved to Shawnee, Oklahoma in 1989 and have been in Gainesville since 2006. Their daughter, Bruna graduated from GISD in 2012 and is in China on long term assignment. Claudia has been with WinStar World Casino & Resort since 2009 as the Sponsorship & Special Projects Manager. Claudia loves to travel and follow along her daughter’s adventures. She is excited to support the chamber, its members and the City. 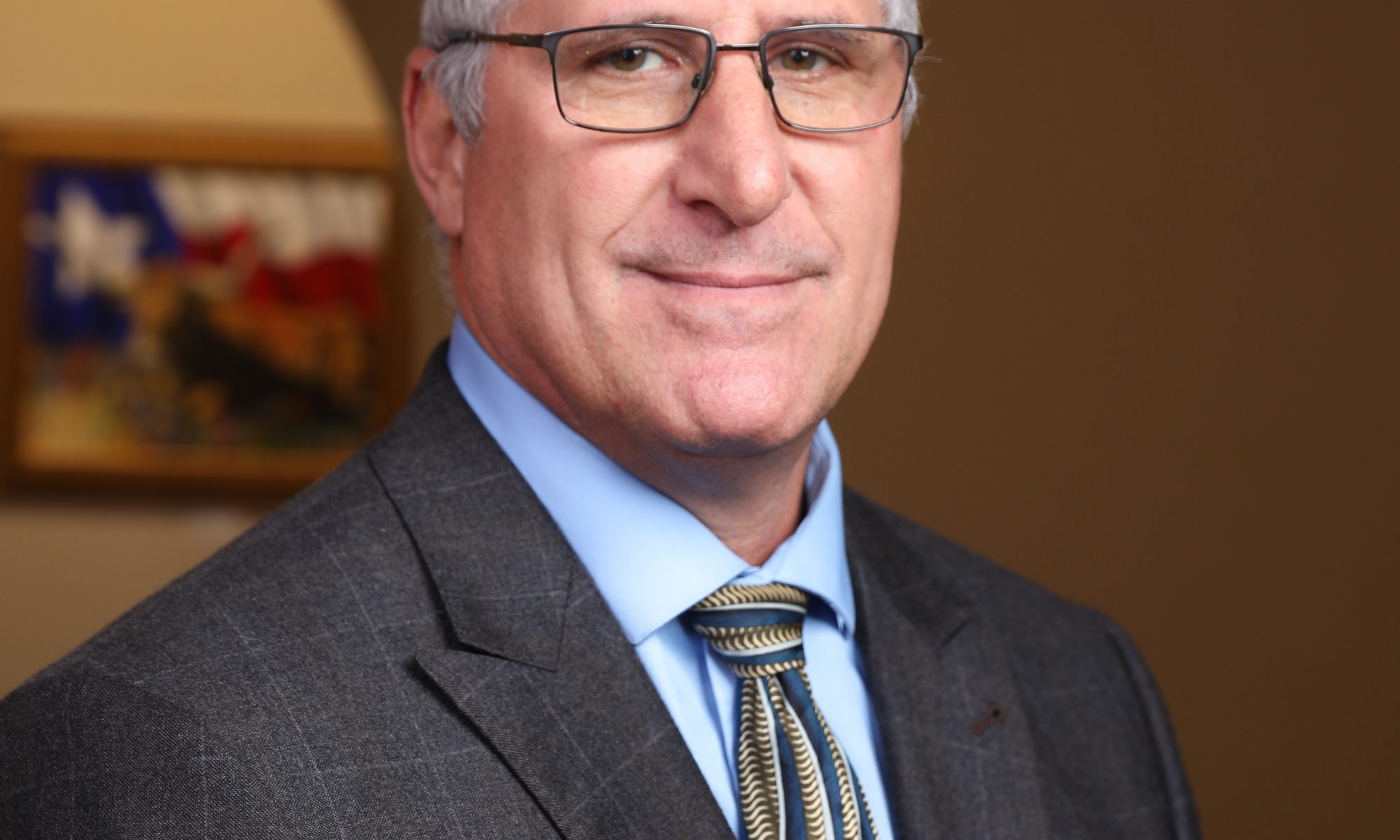 John Walterscheid is a long time resident of Muenster. He graduated from Muenster High School in 1981 and is a North Central Texas College graduate. John and Dana Walterscheid raised four wonderful daughters, and now are enjoying their five grandchildren. He has been employed at Pentex Energy, for 40 years and is currently the Energy Management Advisor. Community organizations and community service have always been a big part of his life. He served as past Board President of Cooke County United Way and is also a member of the Muenster Chamber of Commerce. He looks forward to working on the continued economic development of the Gainesville and Cooke County area.